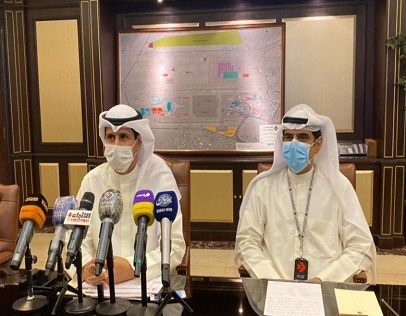 A total of 29,168 citizens have been repatriated between April 19 and May 6, part of a massive plan to bring nationals back home due to spread of coronavirus, the Directorate General of Civil Aviation (DGCA) said Thursday.

The number of citizens who registered in "Withyou" platform was 42,584 but those who showed desire to return stood at 35,848 nationals, said Saad Al-Otaibi, head of repatriation flights' operation at DGCA.

He said in a statement 81.37 percent of citizens who expressed desire to return were repatriated, and 18.63 percent did not join the plan because they changed their mind or wished to continue their treatment abroad.

He said in a statement 3,916 citizens asked to be placed in mandatory quarantine, and 24,424 were left to stay in home quarantine.