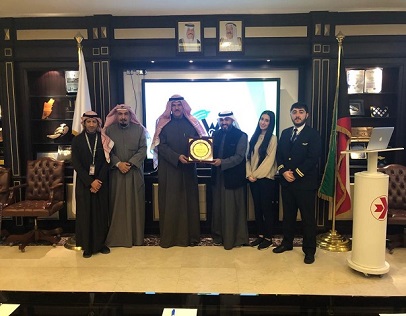 During the meeting, the General Coordinator Mr./ Hussain Fayez Al-Hazaa made a visual presentation that included the strategy and objectives document, as well as the business-plan for the next phase.

H.E. President of Civil Aviation Sheikh/ Salman Al-Homoud Al-Sabah, expressed the support of Civil Aviation for the efforts of the Kuwaiti Aviation Amateurs Group, harnessing all capabilities for realizing its objectives, and disseminating community awareness on the importance of aviation and its sectors.