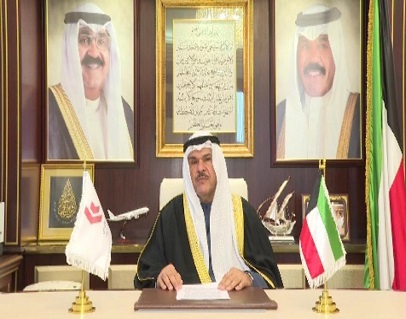 This came during an international symposium marking the 25th anniversary of the founding of The Arab Civil Aviation Organization, with the participation of the Secretary General of the League of Arab States, Ahmed Abul Gheit, along with ministers and senior officials of tourism and transport in a number of Arab and foreign countries.

Sheikh Salman pointed out the importance of continuous coordination to support the operation of Arab air carriers, including joining international agreements and protocols that would contribute to employment growth as well as crucial training.
In celebration of the first Arab aviation day, Sheikh Salman wished to achieve more prosperity and progress for the Arab civil aviation and the members of all institutions who work diligently in providing infrastructure, aircraft fleets and related services.

He added that the 33rd meeting regular session of the Arab Transportation Ministers' Council held last October took important decisions in order to confront the repercussions of COVID-19 pandemic.

The steps that would contribute in encouraging Arab countries to sign, join, and ratify the amended agreement on the Exchanges of Exemptions from Customs Taxes and Taxes on the Activities and Equipment of the Arab Air Carrier because of their benefits and gains, he added.