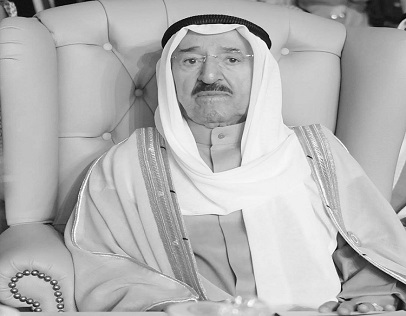 H.E. President of Civil Aviation Sheikh/ Salman Sabah Al-Salem Al-Homoud Al-Sabah and on behalf of the family of Civil Aviation in the State of Kuwait, expressed his deepest and earnest condolences to His Highness the Amir Sheikh/ Nawaf Al-Ahmed Al-Jaber Al-Sabah - may God protect him, and to the honorable Al-Sabah family and the honorable Kuwaiti people on the demise of the late, forgiven with God’s willing, His Highness Sheikh Sabah Al-Ahmed Al-Jaber Al-Sabah, may God rest his soul.

In a special statement to Kuwait News Agency (KUNA) Sheikh/ Salman Al-Sabah said that the State of Kuwait remembers with great pride and appreciation the journey of the late great leader over the years, which was full of accomplishments in all different domains, where the deceased was a superb example of giving and a shining light of sacrifice.

H.E. President of Civil Aviation emphasized that the United Nations designation of the late Amir as leader of humanitarian deed is a clear evidence of the position of this leader among the countries of the world and his prominent humanitarian role in various corners of the universe, indicating that the last medal attained by His Highness “Legion of Merit - Chief Commander” from the United States of America affirms the position of this leader among the nations.